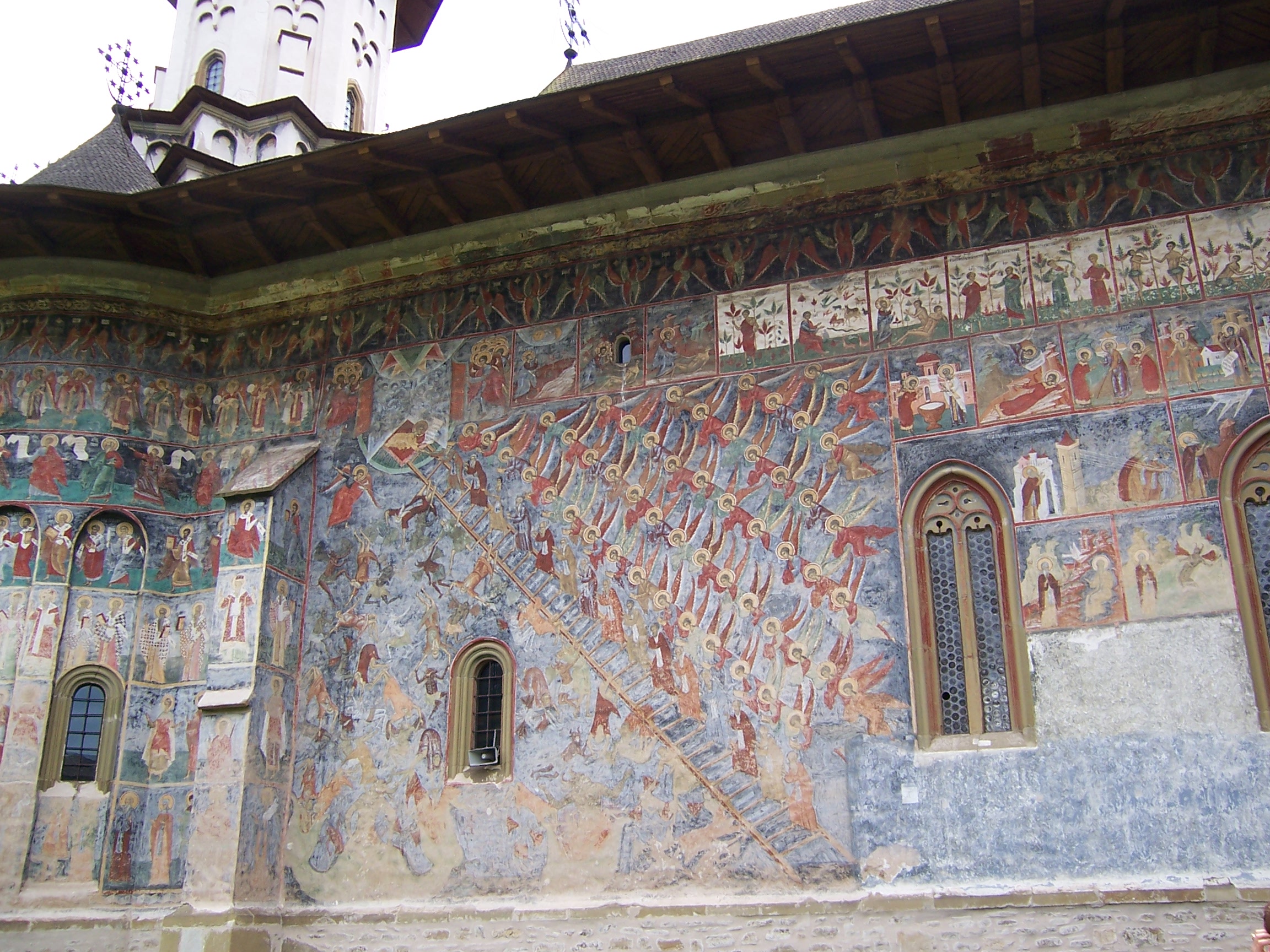 The northeastern part of Romania is known as Bucovina and this region offers one of the most interesting tourist attractions in the country: the Painted Monasteries. These have painted exterior walls and are almost always decorated with fifteenth and sixteenth century frescoes, featuring portraits of prophets and saints, demons, angels and even scenes from Jesus’ life.

The Painted Monasteries of Bucovina stand out as Byzantine art masterpieces. They are one of a kind in Europe and you will want to visit them if you are in the country. Those that are the most majestic are highlighted below. 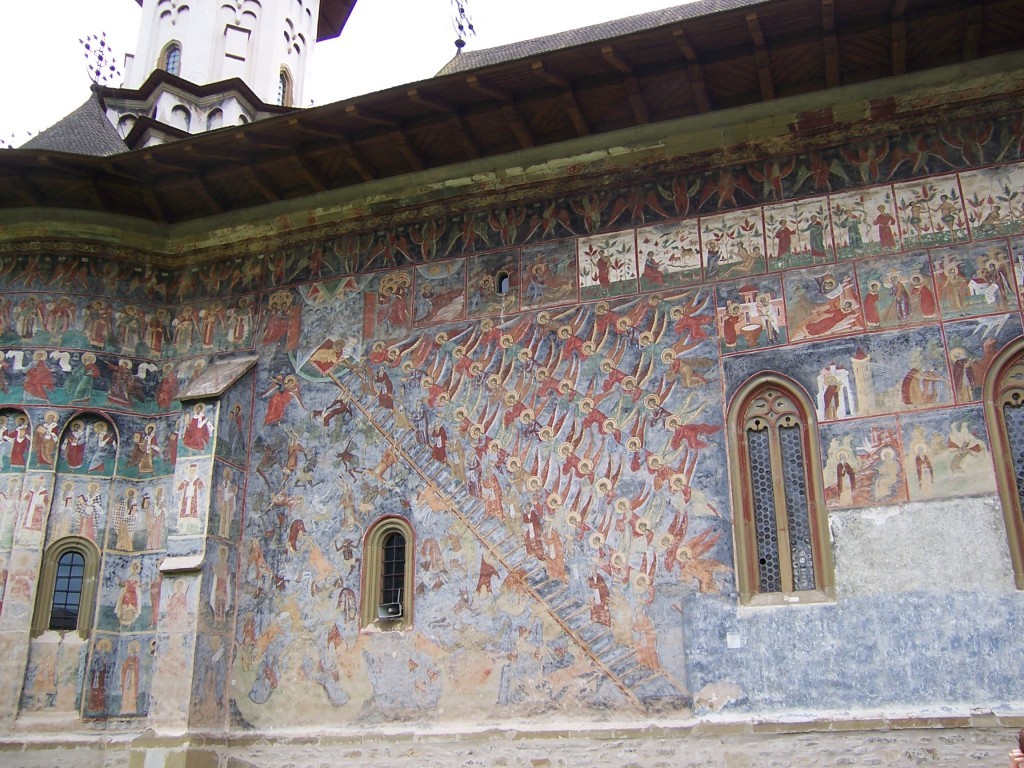 Humor is close to Suceava and can be accessed by train, bus and car. It has frescoes dating from the year 1535, including world renowned Return Of The Prodigal Son. The church here was not built by a prince, as it was the custom in the country at that point in time. Main hues used in frescoes are reddish brown, although green and rich blue infusions are present.

This monastery is located in Vatra Moldovitei and was built by Moldavian emperor Petru Rares in the year 1532. One of the main attractions is the Siege Of Constantinople frescoes that were inspired by a special poem dedicated to Virgin Mary as a thanks for intervention in the Persian attack against Constantinople. The exterior walls of the monastery are predominantly deep blue and gold. Exterior walls were completed in the year 1537. Besides the siege frescoes, you will also like the Tree Of Jesse, which represents Christ’s genealogy.

The monastery was initially founded by Petru Rares and now just the residence of the prince and the church still stand. Inside and outside frescoes were featured in 1532 and many mural paintings were replaced in the nineteenth century. Probota is a part of history as it was the first monastery to feature painted external frescoes in Moldavia.

Sucevita is definitely a wonderful monastery with heavy defensive towers that surround a highly attractive monastic complex. It was founded in the year 1581 by Radauti Bishop Gheorghe Movila. The monastery was eventually expanded by Ieremia, Moldavia prince and brother of Gheorghe Movila. Bucovina has 22 painted churches and Sucevita is the last one of them. It also features the most painted images. The western wall is not painted. It is said that this happened as a worker fell and died when painting on scaffolding. If you visit the monastery, make sure that you look at the Ladder To Paradise, a wonderful depiction.

Voronet is the most stunning and famous of all painted monasteries of Bucovina. It was founded by Stephen the Great in order to celebrate a massive victory against Turks. It has so many interesting paintings and the intense blue shade referred to as “Voronet Blue” is known all around the world.  Nobody really knows the real composition of the shade of blue.

Keep in mind that these are just some of the various painted monasteries in Bucovina, Romania. If you want to visit the area, make sure that you visit as many as you can. There are various tours available and it is a guarantee you will appreciate what is offered by these Moldavian landmarks.