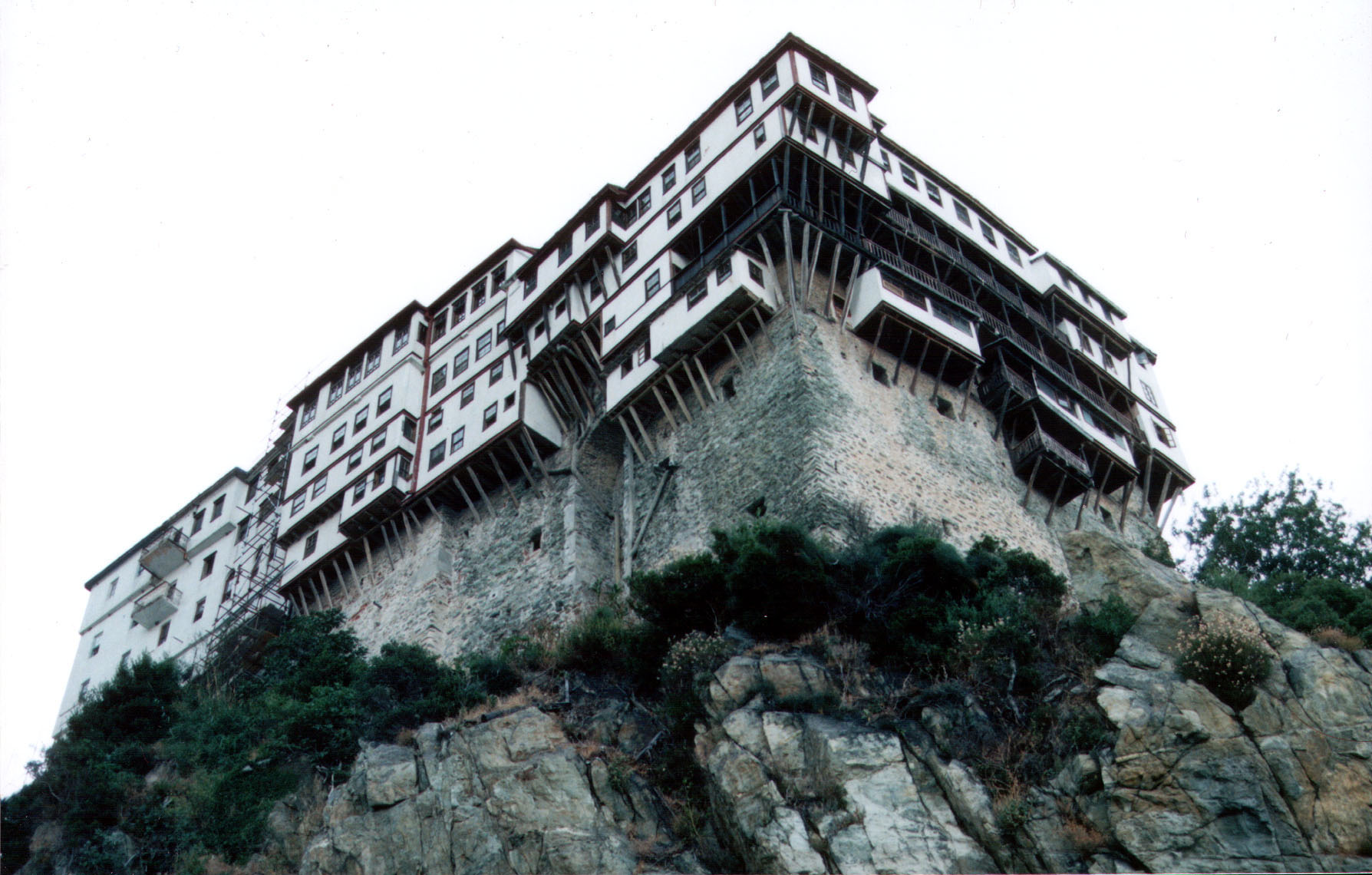 It would be a shame to visit Greece without seeing it from another angle. The religious life in Greece is highlighted and it certainly has many things to offer to generations to come. 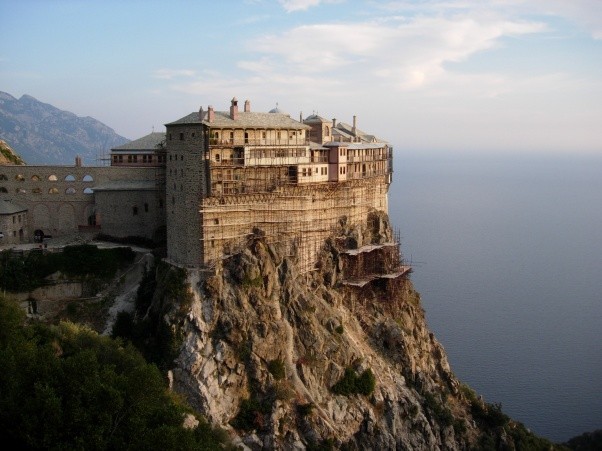 Along its 50 km, natural beauty of the island is extraordinary. The top of the mountain reaches 2033 m and its slopes have old forests.

Athos is a community of monks that have lived for more than 1000 years practicing byzantine methods. Athos, in Greek mythology is the name of one of the Gigantes that challenged the Greek gods during the Gidantomachia. Athos threw a massive rock against Poseidon which fell in the Aegean Sea and became Mount Athos.

Athos is the host of 20 monasteries that are dominant holy institutions for both spiritual and administrative purposes. Visitors are accommodated in the guest-house and need to follow a daily schedule which involves praying, common dining, working and rest. There have been developed small communities of neighboring cells and some of them were using the word “skete”, which is basically a monastic settlement.

In 1680, Dionysios III Vardalis built a skete of the Holy Mountain in order to host the monks of the area. Since then, more sketes have raised and they are used only for the monastic settlements having an internal rule ratified by the Patriarchate. 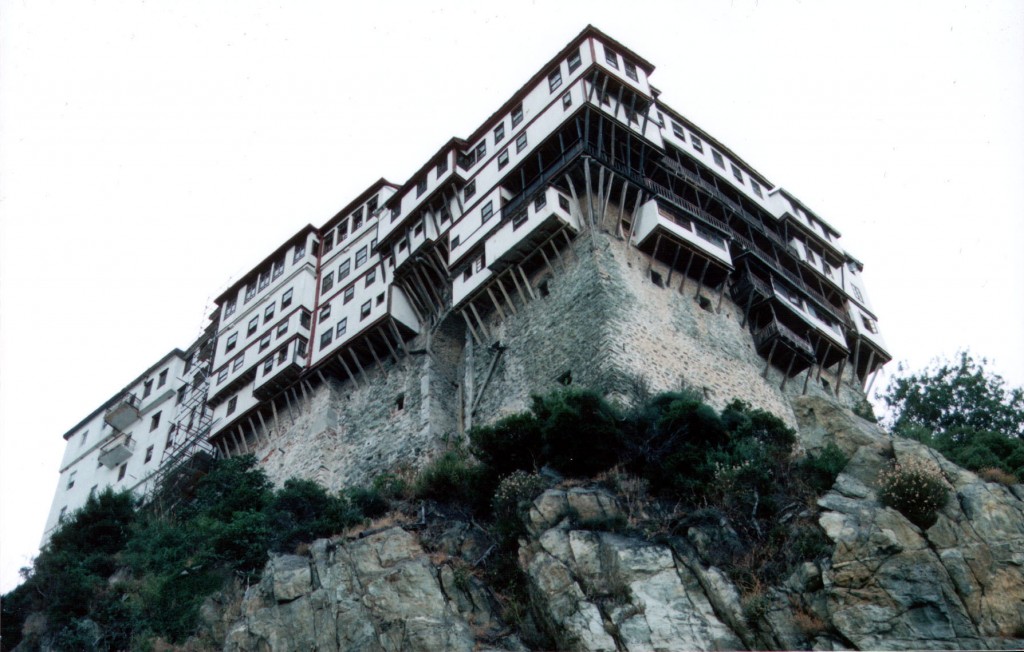 Dionysiou monastery is the fifth in the hierarchy of the Athonite monasteries, dedicated to John the Baptist. It was founded in the 14th century by saint Denys de Korisos and it used to host more than 4000 printed books and manuscripts.

Meteora is a monastic settlement, being the most important Orthodox Monastic Centre of Greece, after Athos.

It is located near Kalambaka. As physic phenomena, it is unique in the entire world.

Only four of the original monasteries are still occupied. Those are Holy Trinitym, St. Stephen, Varlaam and the Great Meteoreon.

Meteora, for being religious, historical, architectonic, artistic and geological, is trying to be preserved by UNESCO and other international institutes. Its plateau has very high rocks, 613 m. Here is located the Holy Monastery of Great Meteoron. The building serves as the main museum for tourists and it is consecrated in honor of the Transfiguration of Jesus was erected in the middle of 14th century and it was decorated in 1483 and 1552.

Above a great, steep, lonely rock, it rises the Monastery of the Holy Trinity. The access to this monastery (and many others) was a rope or a net along with the wheel system. Dometius was said to be the first monk at the site of Holy Trinity and according to a local legend, he arrived in 1438.