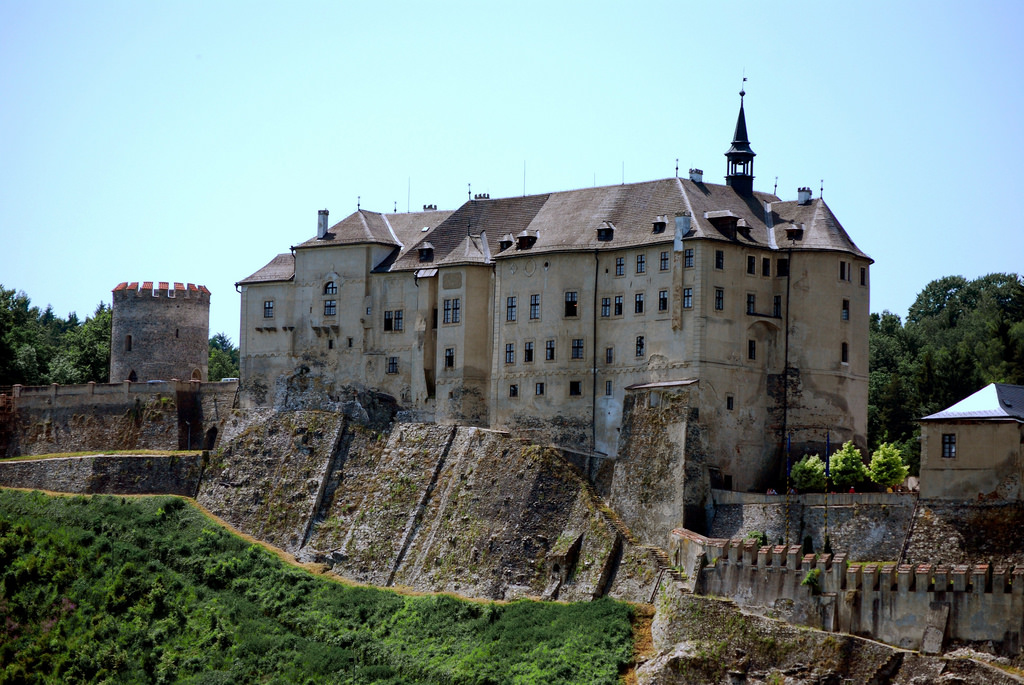 People that love castles and want to visit them in Europe will instantly think about countries like Germany or England but you may want to also cast your eye on Czech Republic. The country may be small but there are over 2,000 castles that can be visited. Prague is a wonderful starting point for a wonderful vacation featuring numerous castles, with the following having to be those that are first taken into account. If you have other castles that you prefer close to the city, be sure to let others know in the comment section.

Most castles close to Prague are high on hills but this one is right in the middle of a forest for protection purposes. Kost means bone and the name is seen as a reference to the stone walls that were characterized as being “hard as bone”. The castle was built around the year 1370 and it is now the country’s best preserved Gothic castle hosting different interesting events, like medieval tournaments.

The views from this castle are absolutely breathtaking and Zvikov did see many different hard times. By the 1840s the castle was almost in ruins but it was the Schwarzenbergs that saved it. Much money and time was put into restoring it. Now, there are many tours offered of a structure that is by many locals seen as being haunted.

Kokorin is located high on a hill with views of Kokorin Valley right around it. It was built around the year 1320 and housed many noble families. Unfortunately, it was in disrepair by the sixteenth century, being seen as damned right after Thirty Years War, castles that were not maintained. It was only in 1894 that the castle was renovated by Vaclav Spacek. You can enjoy different guided tours, including those of the terrace. If you pay a little more you can also climb in the tower for some truly great views.

This is a truly imposing castle that overlooks the beautiful Sazava River. According to specialists this is the best preserved of all of the country’s medieval castles. It was initially built in the year 1241 and eventually changed ownerships. Now it is in the property of the Sternberg House, which was also the initial owner. The antiques here have to be seen whenever you visit.

Founded in the year 1348, Karlstejn is now the most visited of all of the country’s castles, being built by Charles IV over the Berounka River. It is a really large gothic castle that was meant to be the official royal treasury. The Holy Roman Empire’s crown jewels were housed there, together with many other beautiful holy or crown relics. The castle is also quite close to Prague and is almost completely restored.

When you get closer to this castle you will feel as if you are entering a fairytale. The gothic structure is enchanting and was used as a main set in various movies. Krivokalt is located in a protected wooded area and was founded during the thirteenth century as a hunting lodge for Charles IV. Nowadays, it is the second castle in Czech Republic according to visitors. Make sure that you visit the dungeon for its torture instruments and the library, which now houses over 52,000 books. Even the Gothic sculptures and paintings selection present is impressive.