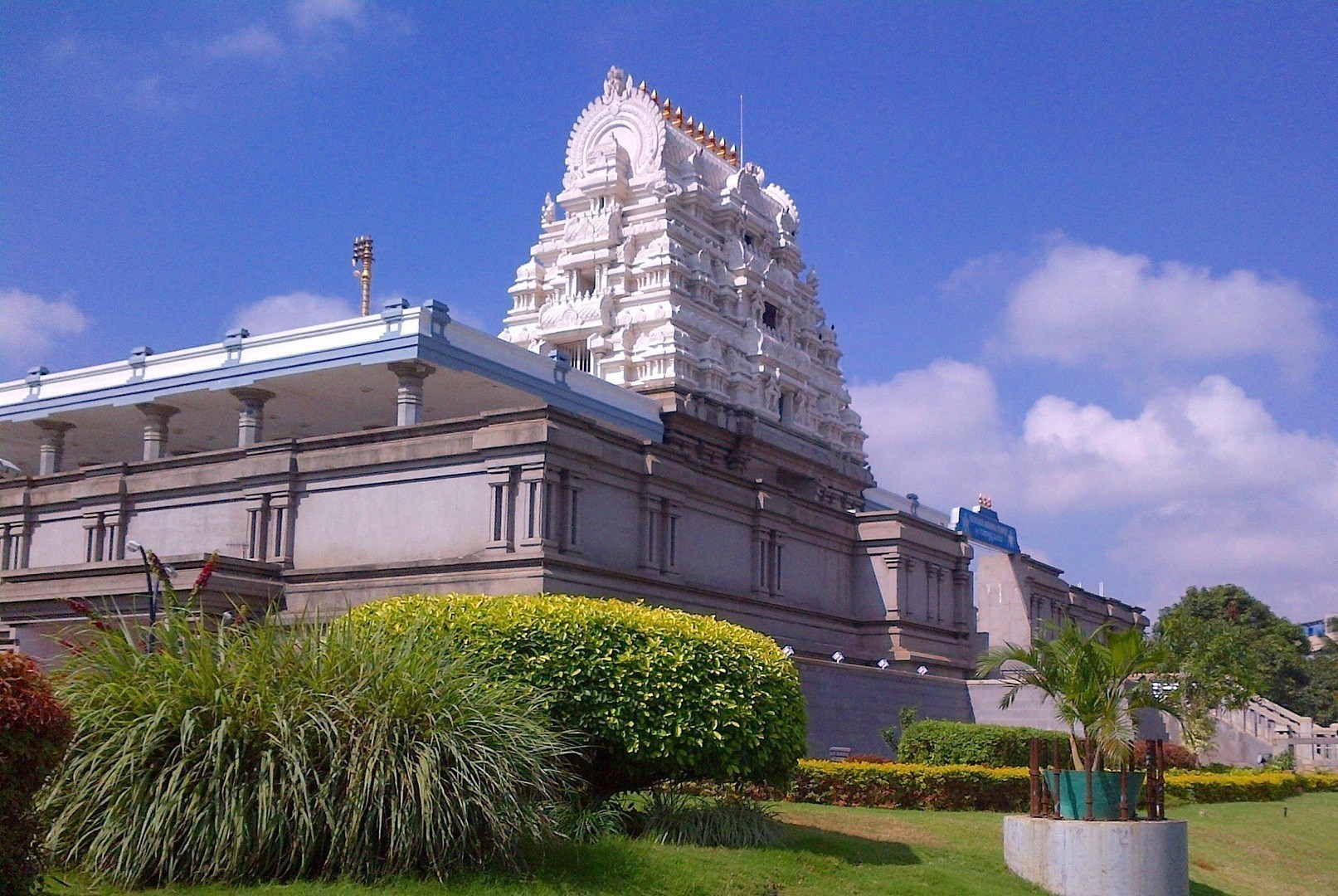 Nowadays, Bangalore quickly turned into a modern commercial hub. However, there is still a rich cultural heritage. All across this city, you can see countless temples that are dating back for thousands of years. Many of these feature the traditional Dravidian architecture but there are also many with a really modern façade.

The big problem is there are too many temples in Bangalore. Which one should you visit?

Here are the top 10 ones that you will surely love seeing, regardless of the reason why, from being interested in architecture to being religious.

The Chokkanathaswamy Temple is very close to the airport and it is a very old structure in the city. It was actually built during the tenth century by Cholas, with a dedication to Lord Vishnu. The Chola architecture is clearly visible, with Tamil inscriptions visible on pillars.

Some of the main highlights include the sculpted statues and the beautiful large pillars. Visit this temple if you want to feel incredibly special and see a part of Indian history.

This temple is located in South Bangalore and was built in 1537 by the former Vijayanagara Empire ruler. It is thought that this is the biggest world Nandi temple, with a measurement of 15 feet. Its standout feature is a tall granite statue of Nandi (bull) carved from just one rock.

You should be aware of the fact that temple lights will make the entire visit a lot better if you can visit during Karthika’s last Monday and Tuesday. This is when Kadalekaye Parishe Festival is held.

This temple is located in the beautiful Dodda Basavana Gudi complex. Popularly, it is known as Satya Ganapathi temple or Shakthi Ganapathi. It features one of Bangalore’s largest monolithic Ganesha statues. When you visit, you will be surprised to see the Ganesha idol that measures an impressive height of 18 feet and width of 16 feet.

Visit this temple during Ganesha festivities. This is when Lord Ganesha’s statue is adorned with various avatars, with the most famous one being Benne Alankara. The avatar features the drenching of the idol with a huge amount of butter, around 100 kilograms.

Bangalore’s Shiva Temple is considered to be one of the most beautiful in the entire country. Visit it to see beautiful statues of Lord Ganesha and Shiva. Lord Shiva’s statues has a height of 65 feet and is placed inside a pool of water. The goal was to create a replica of Shiva’s natural habitat, Mount Kailash.

When you visit, you might see a very popular ritual, one that involves priests washing linga with milk and using flowers while special prayers are offered. Visit during Ganesh Chaturthi or Maja Shivrati. Alternatively, visit during Mondays since a special Aarthi will be held inside.

Gavi Gangadhareshwara features wonderful Indian rock-cut architecture. This is actually a cave temple. It was built during the ninth century. According to legend, this tample was made out of just one rick. A very popular sighting inside the complex is the forecourt stone discs.

Another reason why the temple is famous is that it houses a very rare Fire God Agni idol, with its 2 heads and 3 legs.

Bangalore’s ISKCON Temple stands out as one of the world’s largest Vaishnavism temples. It was built in 1997, with a graceful and elegant structure. You can see numerous stone carvings as embellishments and the chosen architectural style is neo-classical. Temple devotees will be greeted at a huge entrance arch with beautiful water fountains.

Some attractively adorned Lord Krishna idols can be seen inside. You can visit 5 prayer halls, a beautiful complex, and you can even join classes to learn about the life of Lord Krishna.

You can find Venkateshwara in Basavanagudi, on Krishnarajendra Road. It was built in the year 1689, which means it is among Bangalore’s oldest temples. You can easily love it because of the mix of Vijayanagara and Dravidian architectural styles. Inside the temple, you will see a beautiful statue featuring Lord Venkataramana.

On temple walls, carvings of Shiva, Vishnu, and Lord Brahma are featured.

Visit the temple to see a large crystal dome. It was built above a Gopuram with six faces. In the temple towers, you can see other crystal stones. They are carefully chosen to create a beautiful interior design.

Banashankari is a very popular Bangalore temple. It was dedicated to Banashankari Amma and was built in 1915, all with a simple façade. What is unique about it is that goddess devotees hold prayers during Rahukala, an inauspicious day according to most Hindus.

This temple is filled with goddess devotees during Tuesdays, Fridays, and Sundays. Also, there are many important festivals that are celebrated here. So, you might want to visit during one of them.

You can find this temple in the Bangalore cantonment area. It was built during the rule of the Vijayanagara dynasty. Inside the complex you can see several idols featuring various Hindu goddesses and gods.

Visit to see other temples, including Navagraha Temple, which holds the statues of the 12 rishis. A great pillar is close to the entrance so you can easily notice it.

You can visit this temple during every day of the week, from 7 AM to 7 PM.