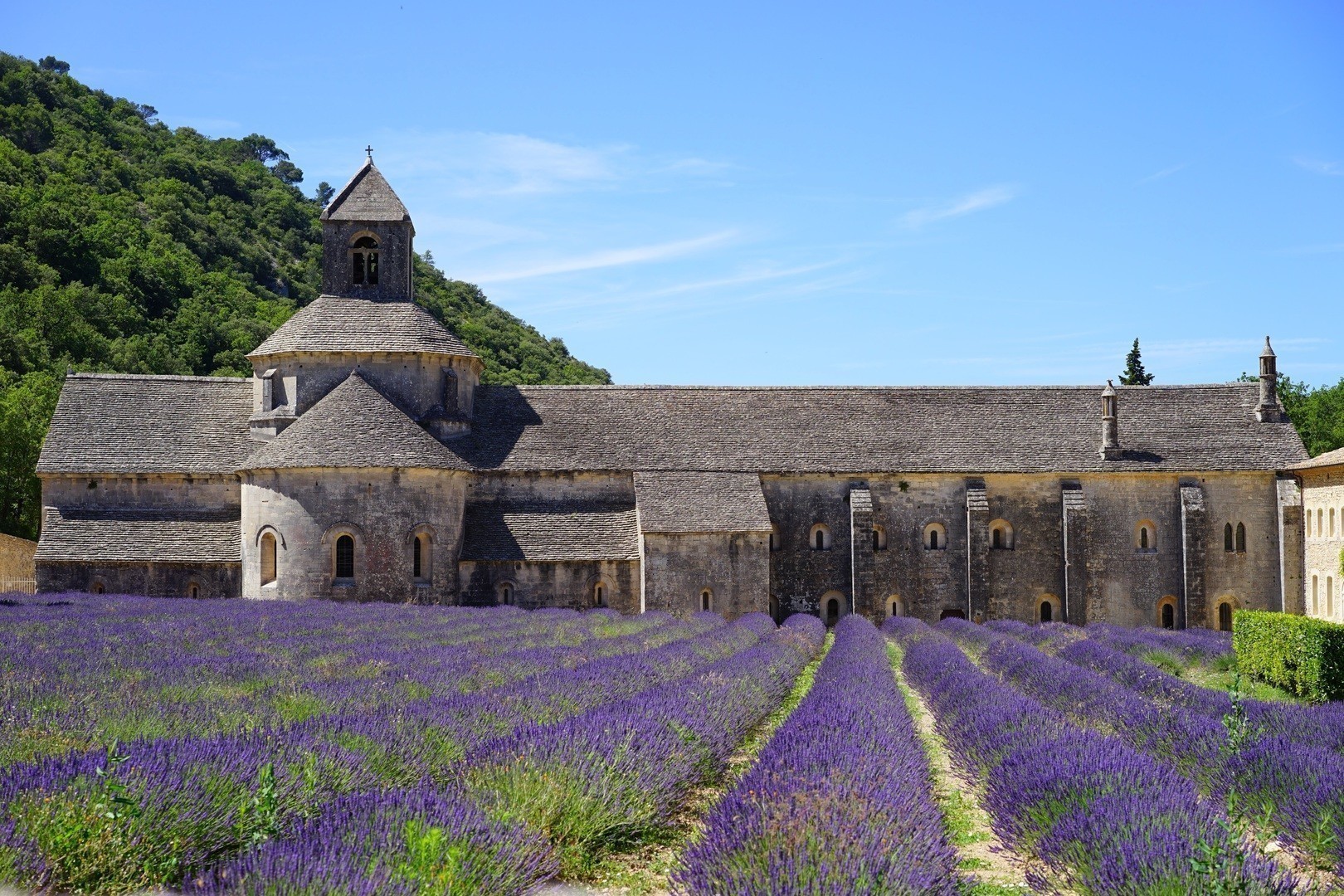 The most famous monument in France outside of the great icons of Paris, Mont St Michel, is excellent. The Abbey dates back to the 8th century when, according to legend, the Archangel Michael appeared to Aubert, Bishop of Avranches, leading him to found a monastery. He built it on the rocky island that sits just off the coast of Normandy and Brittany, accessible in the past only by boat through the often stormy sea.

The vast and imposing complex you see today was built from the 11th century onwards, with the most notable buildings dating from the 13th century. It is an architectural feat in itself; the granite blocks were brought from the nearby Chausey Islands and Brittany; the building was on the ground, steep and uneven. From the island rose a wonderful collection of buildings, with the Abbey church in the center, with its spire high in the sky.

The group of monastic buildings north of the mount is the most notable, La Merveille or The Marvel. Today it is accessed by a bridge opened in 2014. It turns the site back into an island, in its most dramatic form when the sea hits the rock. Mont St-Michel has been a UNESCO World Heritage Site since 1999.

Jumièges Abbey in Normandy is one of the most romantic ruins in France. Just 23 km (14.5 miles) west of Rouen, in the small town of Jumièges, it is never overrun by visitors.

Originally one of the great Benedictine abbeys in France, it was founded in 654 and quickly, like all great French abbeys, it accumulated great wealth very quickly. It was rebuilt in the 11th century and continued as one of the leading institutions particularly known for its illuminated manuscripts produced at the Scriptorium.

There is a small brochure that you can pick up at the entrance to guide you through the ruins. The west front of the Notre-Dame Church is striking, with two towers that were built 46 meters (151 feet) high. But better to wander at will, gazing at the massive walls, open arches, and columns that now house countless birds.

Jumièges Abbey also makes for a nice day trip from the elegant Deauville spa, which has good hotels.

The marvelous Romanesque complex of Fontevraud Abbey is not just an architectural gem; It is also closely related to the history of England. Here are the tombs of the Plantagenet royal family: Henry II, his wife Eleanor of Aquitaine who died here in 1204, his son Richard the Lionheart and the wife of his brother, King John. Another 11 Plantagenets are buried here.

The Abbey, the largest in Europe, was founded in 1101 by the hermit Robert d’Arbrissel for both monks and nuns and was run for 700 years by a series of formidable women. Mostly born royalty, they ruled the priory of monks, as well as communities of lay nuns and sisters.

The buildings are immense, built to house both monks and nuns as well as the sick, prostitutes and a colony of lepers. The Abbey became a prison in 1804 and continued as such until 1963.

You see the church, the cloisters, the chapter house with its 16th century murals, and the vast refectory with the restored Romanesque kitchen that needed 21 fireplaces.

The Abbey is now the important Cultural Center of l’Ouest, the cultural center of western France and a very important piece of medieval archeology. Execute a wide range of activities; Details are available at the Abbey or at the Tourist Office.

Founded in 910, the Benedictine Abbey of Cluny quickly became the most powerful force in Christendom after the papacy. In the 11th century, there were 3,000 such Benedictine institutions, all feeding the main abbey.

The Cluny Abbey Church, begun in 1088 and completed in 1130, was understandably vast, with the tallest arches built during the Romanesque era. Today the remains show how great and glorious this institution was before its destruction during the French Revolution.

Visitors to the biggest tourist attraction in the Saone Valley see the huge south transept with its two chapels and octagonal vault, the Bourbon Chapel with sculpted heads and the bell tower. Enter the Museum of Art and Archeology in the 15th-century Episcopal Palace to rent a small computer that shows you what the abbey looked like in certain places. Hop on the Tour des Fromates (‘Cheese Tower’) to see a virtual reality screen that projects the ancient buildings on a live camera showing the street below.

The UNESCO World Heritage Site of Fontenay Abbey, near the small town of Montbard in Burgundy, is the place where you can see a complete intact Cistercian monastery. Fontenay is isolated, a typical place for Cistercians at this time trying to escape the wealth and worldly power of Cluny. Saint Bernard, having founded Citeaux, 23 km (14 miles) south of Dijon and Clairvaux on the river Aube, founded Fontenay in 1118. By the time he died in 1153, he had seen 167 Cistercian monasteries founded; By the end of the 13th century, there were 700.

Further Reading:  10 Best Places to Spend a Day in London

Fontenay is great. You can walk through the abbey church, the cloisters, admire the irrigation and hydraulics of the water mill, see the bedroom, the chapter room, the monk’s room, the kitchen and the refectory, as well as the forge, the infirmary and the medicinal gardens.

Standing high on a hill, you reach the Abbey of Vézelay, officially the Basilica Ste-Madeleine, through steep winding streets that lead from the main square and the ramparts of this fortified town. The approach does not prepare you for the site of the Abbey, once it was the meeting point of thousands of pilgrims on one of the great pilgrimage routes of Northern Europe. Built between 1096 and 1104 and restored after a fire in 1120, the great Romanesque church is a masterpiece of simplicity and power.

There are extraordinary sculptures above the central door where the pilgrims gathered. Christ is in the middle; the apostles surround him, and below are the converts and pagans, a smorgasbord of giants, pygmies, and dog-headed figures.

Within the glorious space lies before you. It is breathtakingly impressive. If you are lucky enough to visit the summer solstice, you will see the sun enter through the southern windows creating 9 pools of light that lead to the altar.