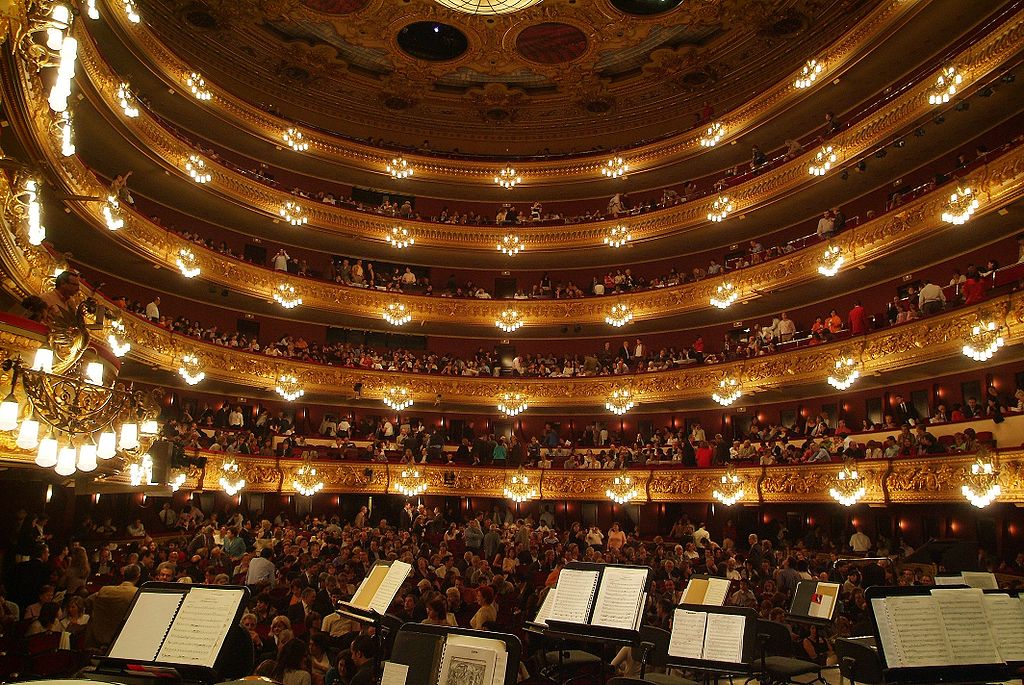 Theaters are those magical places where spectators come to be conquered by wonderful stories that allow them to dream for a few hours. Tourists visiting world countries love to visit the eldest theatres during their visit. There are some very old theatres around the world which are must-visit places at least once in a lifetime.

Let’s look at the most spectacular, old theaters that tourists love around the world:

1. The Jewels of Paris (France)

This wonderful city, considered by many to be the most beautiful in the world, could not be left behind in the theater section. The city is home to two of the largest theaters in Europe, the Royal Opera of Versailles and the Paris Opera. Both of them have very old history and they are spectacular to watch. The architecture of these two famous theatres are amazing.

It is one of the most beautiful theaters in Europe that has maintained its role as a cultural and artistic center over the years. It was inaugurated in 1847 after being designed by the illustrious architect Miquel Garriga i Roca and had to be renovated due to a terrible fire. With more than 150 years of history, it is among the 15 most important theaters in the world. Tourists love to visit this theatre when they visit Barcelona.

The benchmark of Latin America par excellence. This theater completed in 1908 bears the imprint of various architects and although it is inspired by the style of European theaters, it has a marked colonial character. Other outstanding theaters in Latin America are the Solís Theater, in Uruguay, or the Amazonas Theater, in Brazil. One of the amazing old theatres of the world, particularly the look of it attracts tourists throughout the year.

4. Italy and its tradition

The transalpine country has been one of the most prominent throughout history with great composers such as Verdi, Vivaldi or Puccini. This is the reason why it has so many spectacular venues to host big concerts. La Scala in Milan is possibly the most prestigious in Europe. There are also other examples such as the wonderful San Carlos Theater in Naples, which is currently the oldest theater in the world. Italy has a very old theatre tradition and music, so people love to visit these theatres to know their history and to know more about how the music evolved in Italy.

One of the highest standards of modern art in the world. This prestigious building designed by the Danish Jørn Utzon was inaugurated in 1973 and became especially famous throughout the globe with the celebration of the Sydney 2000 Olympic Games. Every morning from January 1 to the New Year is greeted with a shower of fireworks. This fantastic structure is one of the very famous attractions of the world. One of the must-visit places in Australia.

This enclosure came to replace a previous theater that remained standing until the 18th century. Located in the heart of Covent Garden, one of the economic and leisure arteries in the city, it is considered one of the most spectacular theaters in the world. This amazing theatre has hundreds of visitors everyday as tourists make a point to visit this Royal Opera House during their visit to London.

Another of the exponents of modern architecture in the world of theater. This spectacular construction has an incomparable natural setting, with the Fjords in the background and the sea just a few meters away. He is also the youngest on the list: his works ended in 2008. The natural view of this theatre attracts tourists. People visiting Oslo will not miss a visit to the Opera House of Oslo, one of the very famous theatres in Norway.

The quintessential theater in the United States was designed by J. Cleaveland Cady and opened in 1883. Located in Lincoln Center, it is one of the most important theaters in the world and annually presents some 220 opera performances with North American and international artists. The most famous theatre in the United States attracts thousands of tourists and the citizens of America visiting throughout the year. One of the very famous tourist spots in New York.

This is also one of the most beautiful in Europe, one of the most symbolic. Inaugurated with the work of ‘Don Giovanni’ by Mozart, in 1869, it was completely destroyed in the Second World War, except for its Grand Staircase. After the Russian occupation, it was relaunched with Beethoven’s opera ‘Fidelia’. A true tribute to freedom. This old, yet beautiful theatre loved by tourists for its heritage and history. The grand look of this theatre is amazing and one of the most visited places in Austria.

The company was founded in 1776 by Prince Pyotr Urussov and the Englishman Michael Maddox. The Bolshoi Theater brings together the most spectacular talent in Europe in the dramatic arts, especially ballet. It houses the most elite company in the world. You will love the grandness of this architecture, amazing to look at the palace-like structure. The oldest theatre of Russia and the most visited theatre by world tourists.

They enjoy visiting these old, beautiful theatres and explore their heritage and history that make them feel amazed. They love these theatres due to their different structures in different countries, their oldness, their history and the grand look of them.