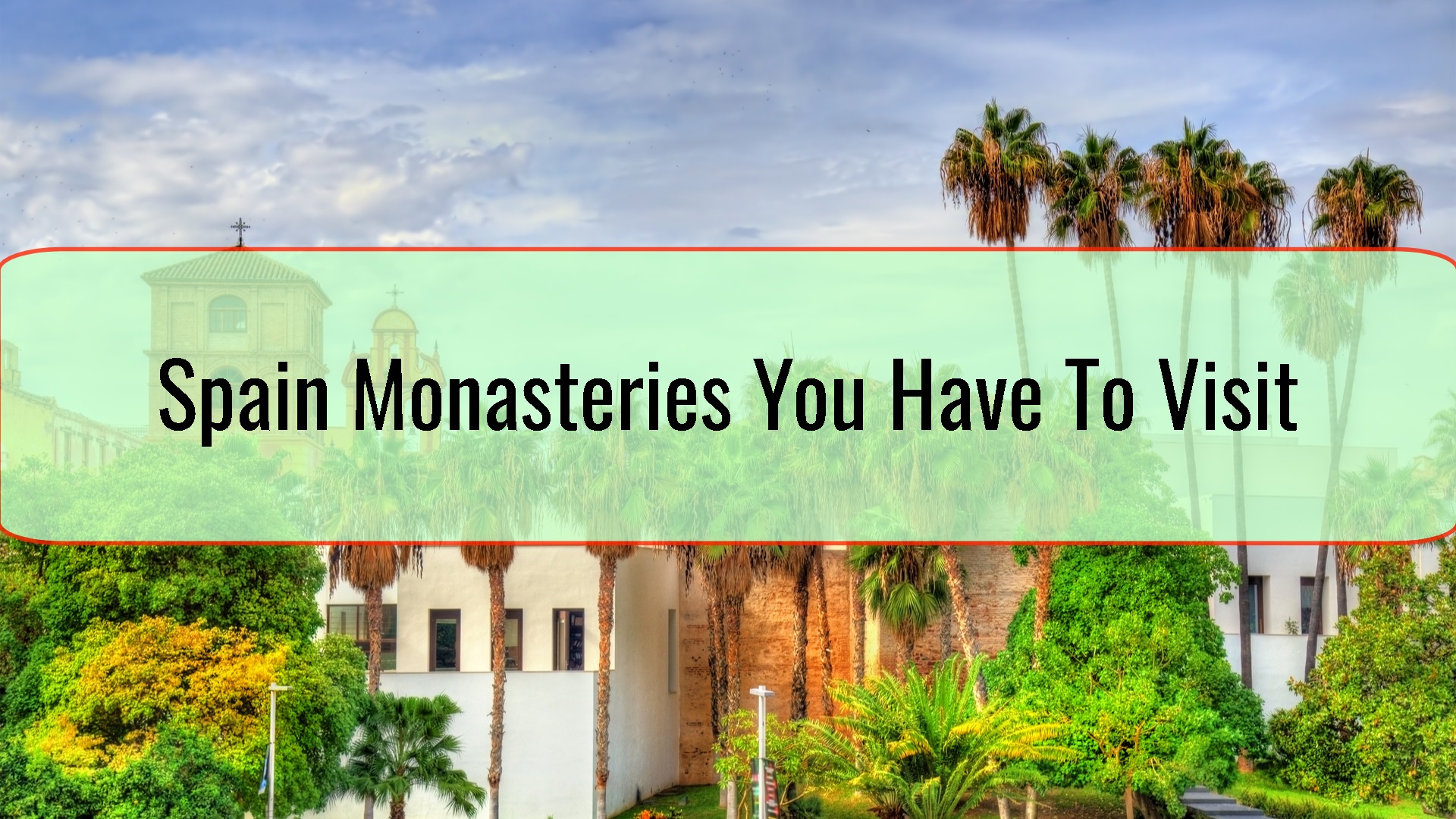 Spain is definitely one of the European nations that are highlighting Catholicism and are proud in this. That is a habit that does connect with the various medieval confrontations that took place between Moors and Christians. Many beautiful monasteries await for those that are interested.

San Jeronimo has a special space in Granada’s history. It is a symbol of the war that took place between Christians and Moors, known as Reconquista. The monastery was built immediately after this war and included various elements from various architectural styles like Gothic and Baroque, together with different decorations and buildings that were added as time passed. The initial building did include stones that came from Moorish constructions that were demolished.

People that visit Barcelona will often take a day trip to the Montserrat Monastery. That is because we are talking about one of the best of the monasteries you can visit in Spain. You will surely appreciate the scenery since there are the Catalonia mountains in the background, creating a beautiful landscape. We are faced with quite an old monastery that stands out as a highly popular place for pilgrimage. However, many visit the Montserrat Monastery simply because of how beautiful the landscape is. In the event that you manage to visit when mass takes place, listen to the choir since it is simply majestic.

This is another quite famous monastery in Spain, located in Guadalupe. Locally, it is known as Royal Monastery. We have a history that is related to the Virgin Mary sculpture here, one that is connected with various miracles that happened as time passed. Pilgrims will often visit Guadalupe because of this icon, with people praying to the Virgin hoping that prayers will be listened.

If you visit Spain’s capital, you will want to check out the La Encarnacion monastery since it is the most famous that can be visited in the region. You will find it right in the city but you can only visit when you are together with a guide and in a group. There are so many interesting gems that can be found in the monastery. A royal portraits collection is present and we have various catholic saints relics that are present.