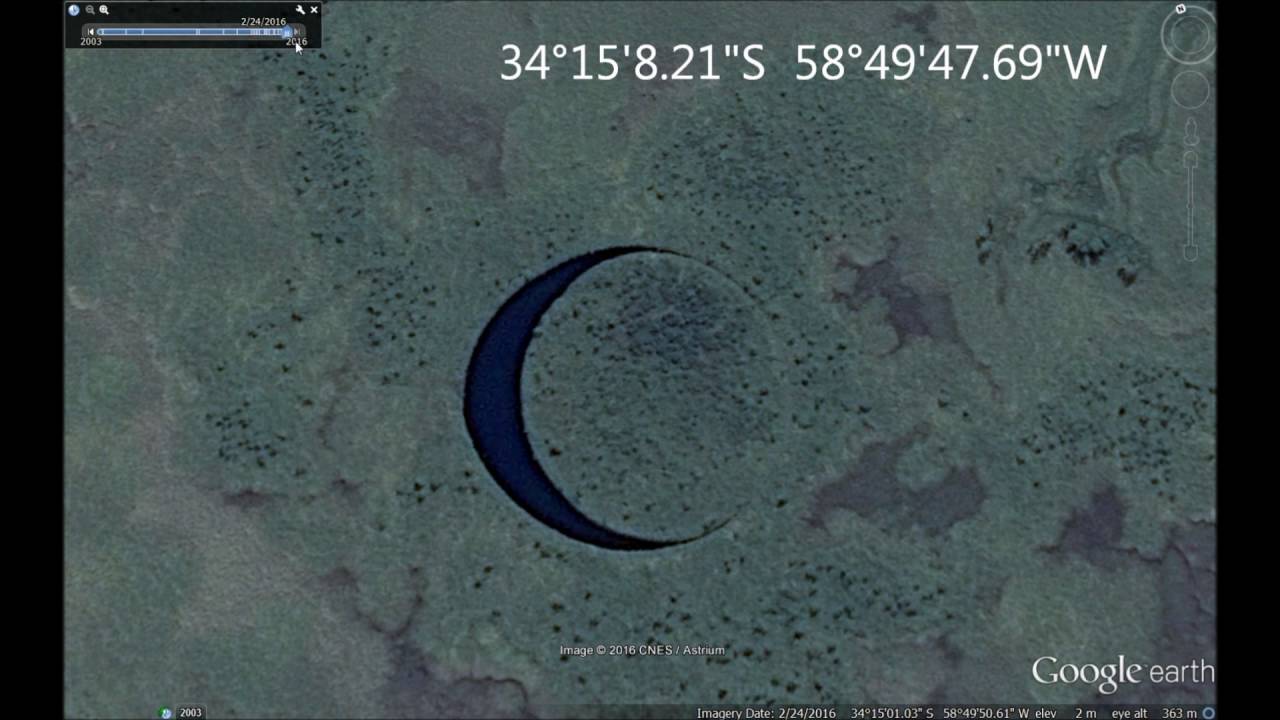 Right in the northeastern part of Argentina, in Parana Delta, you can find a mysterious place like no other, a floating island that manages to rotate along its very own axis. It was nicknamed The EYE, is close to being perfectly circular and has been a mystery for a really long time now.

Sergio Neuspillerm, producer and film director, discovered this island a relatively small time ago as he was searching for some great film locations for a movie that was ironically about ghosts and other paranormal occurrences. The round island was noticed on Google Earth and he went there with his crew. The island was considered as being so special that the initial film project was dropped for a documentary about the island. In a video he released, Nuespillerm declared:

“When locating this reference in the map we discovered something unexpected that left the film project in the background, we call it THE EYE. The Eye is a circle of land surrounded by a thin channel of water with a diameter of 130 yards. Both circles are so perfect that it is hard to believe that this is a natural formation.”

After teaming up with civil engineer Richard Petroni, an investigation into the island started. That expedition actually brought in many more questions than answers. That is why a Kickstarter campaign was actually started to fund a brand new expedition. The idea is to go back with a scientific expedition that is complete with geologists, scuba gear, drones, ufologists and everything else that would help. The initial belief is that there may be a connection with the supernatural, although the best explanation will most likely be one that has nothing to do with something paranormal.

Not that much is known about The Eye. According to Pablo Suarez, in an interview with Paranormal News, there is nothing like The Eye. There is an almost perfect circular shape, which is something that is quite unlikely for a crater or a land formation that appears through the effects of natural phenomenon. At the same time, there are reports coming in that the island is just a regular coast based natural land mass that is really common in the area. You can even find a YouTube clip that will show various similar formations in the country. What is not explained yet is the rotating/floating mystery. Hopefully this will change with the new expedition.