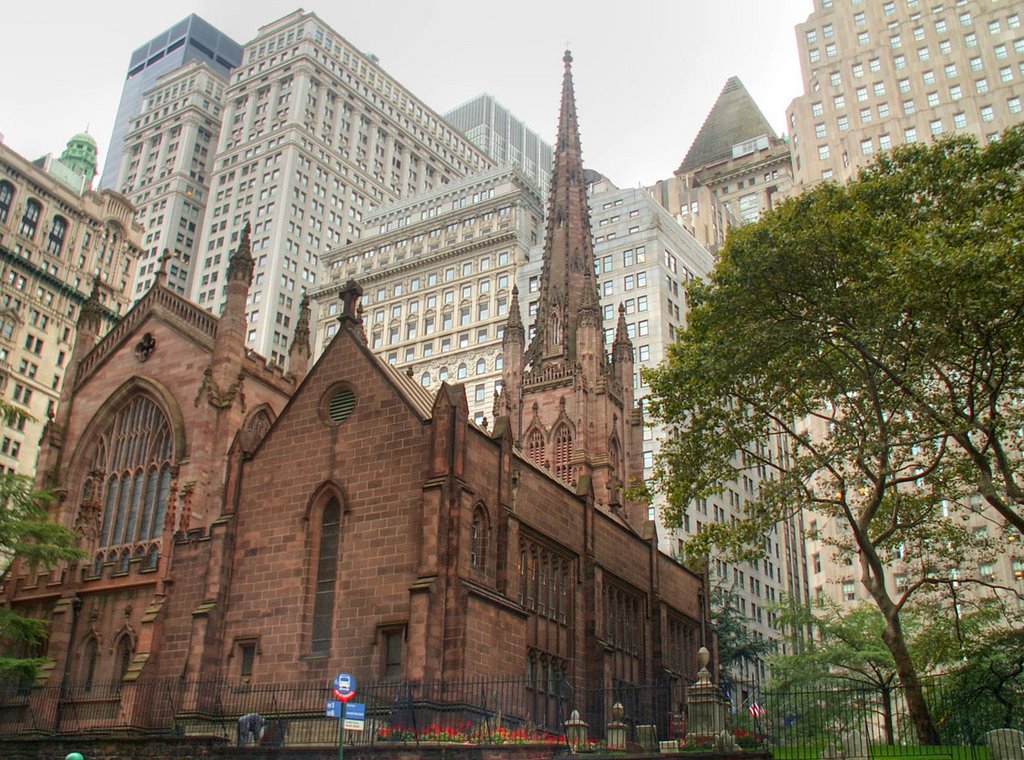 When you say New York City, you will probably think of skyscrapers, Wall Street, Broadway and so on. But New York has so much more to offer: take churches for example. Due to the increased number of people living here, different cultures and religions, New York City is a mosaic of architectural buildings and cathedrals. 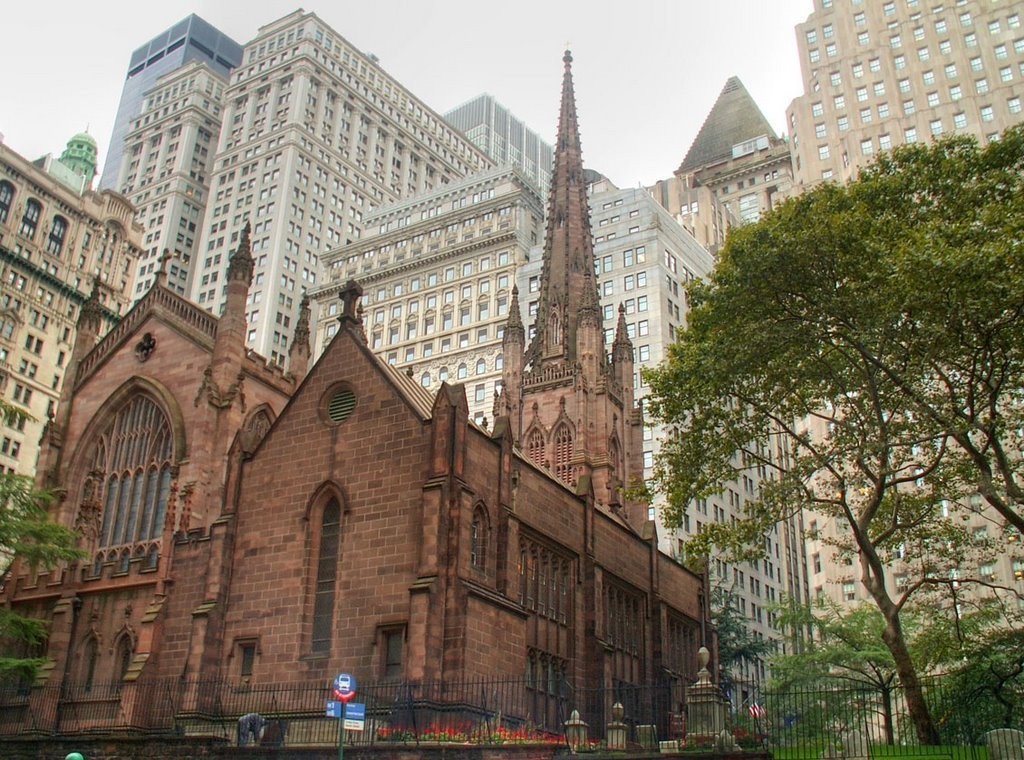 Let’s take a look at Trinity Church. Built in 1846 with a Gothic Revival style, the church is located near the intersection of Wall Street and Broadway. Since 1993, Trinity church served as a ceremonies place for the senior graduates of the High School of Economics and Finance, because the school is located on Trinity Place. One of the Trinity’s church’s Chapel, St. Paul’s Chapel, is the oldest public building that has been used continuously used. Trinity is the first Anglican Church in Manhattan. 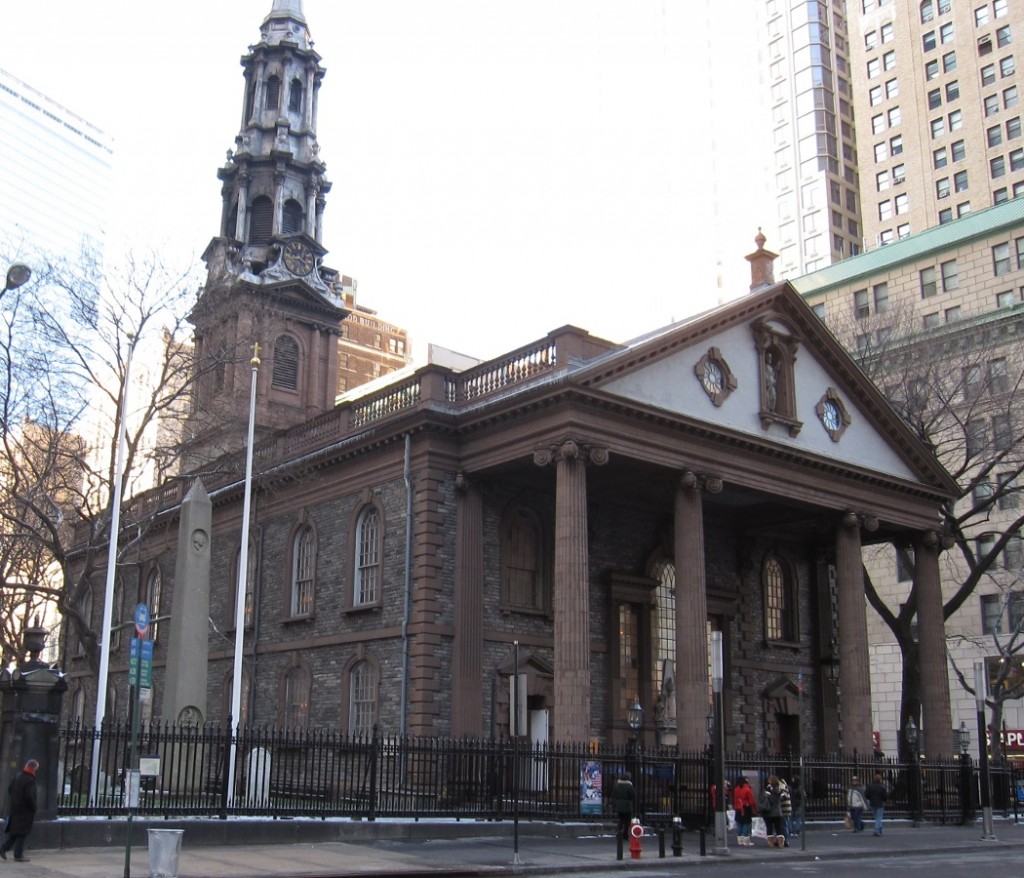 St. Paul‘s Chapel – it is an Episcopal parish located on Church Street. It was established during the British occupation of New York and it was founded in 1766 during the Queen Anne of Great Britain as a chapel at Broadway. Many public figures came here to pray. George Washington is one of them.

You will soon realize that the parish is deeply rooted in the city’s and the nation’s history. The chapel looks simple and elegant. It has domestic interiors, with flat ceiling and cut glass chandeliers. It is in contrast to the Trinity Church, which has an inspiring aspect.

The chapel was built in such a way that anyone would feel welcome and comfortable. This is one of the reasons why it has so many visitors. 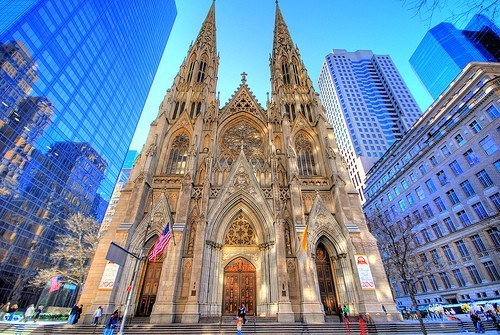 St. Patrick’s Cathedral – it is the most important Roman Catholic building in the United States of America and it is located on Fifth Avenue. It is unanimously recognized as a symbol of vitality among the followers of Roman Catholic in the new world. The place where the Cathedral is situated was bought in 1810, but the Cathedral was built in 1850 by Pope Pius IX. In his work published in 1908, the cardinal John Farley showed how Catholics from New York, who were a minority at the beginning, became one of the most powerful and influent community in the American society. Saint Patrick was a witness to all the changes that the catholic community went through and this is the main reason why the Cathedral has a special place in the believers’ heart. 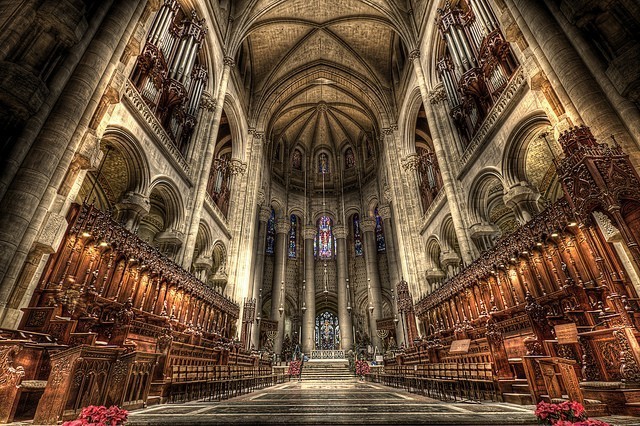 St. John the Divine – located at 1047 Amsterdam Avenue, it is the largest Christian church in the world and it is a representative monument of New York. The building was designed in 1888, but the constructions began in 1892 and it is still not finished. The building of this superb cathedral had problems at first, because of the financial crises, wars, fires and architectural changes. The date when the cathedral might be done is still unknown and the officials still do not agree which is the most appropriate architectural style (which has been changed a few times).