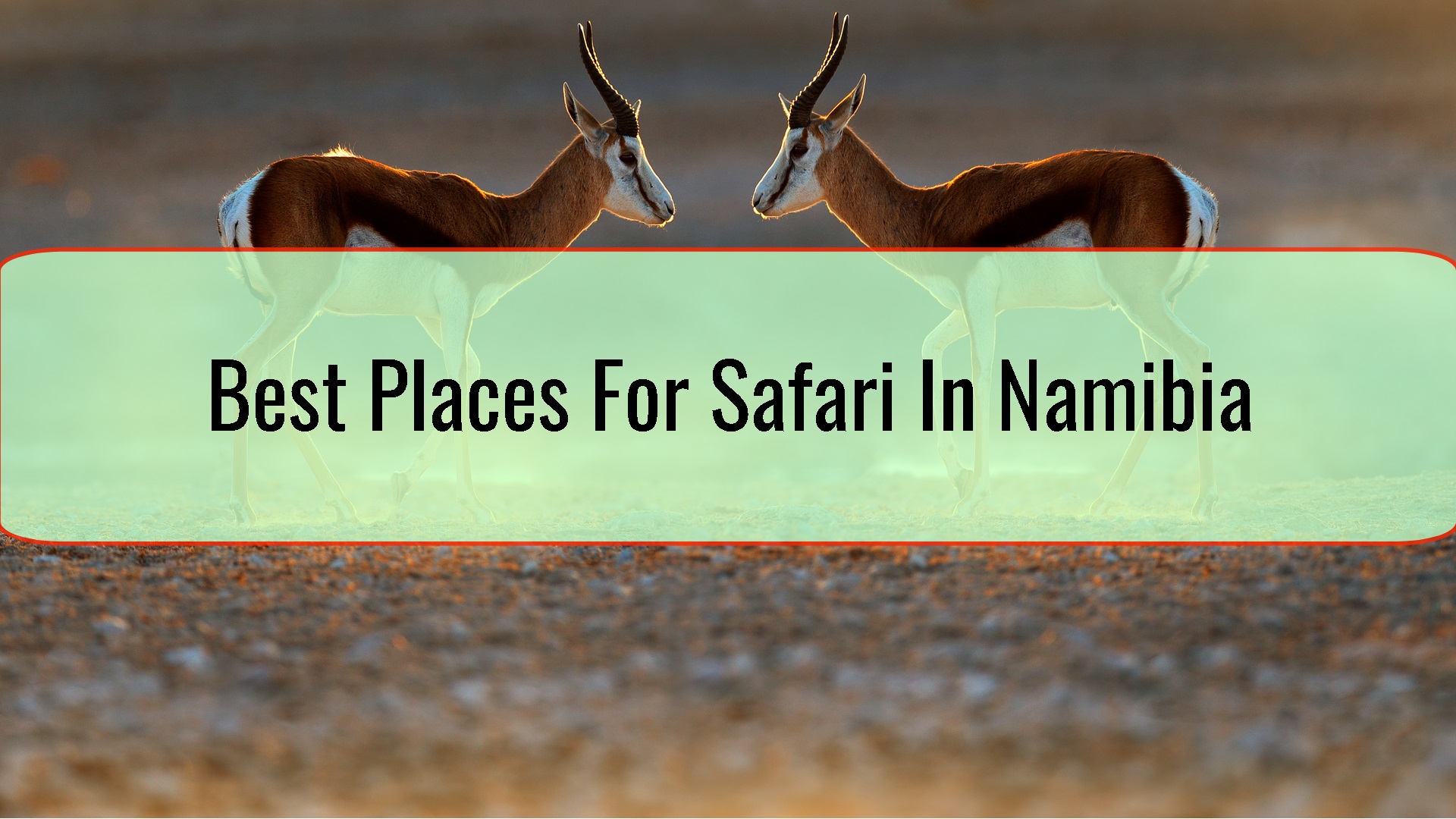 Namibia is a paradise for all safari lovers. This is for sure. We can say that it is really difficult to pick the best places for Safari in Namibia as the sheer number of available options is larger than what many believe. With all this in mind, we decided to simply stay focused on those best places that are highly popular for tourists from all around the world. We considered popularity as the most important factor in creating the list above.

This nature reserve is among the driest, most pristine and oldest area in the world. Namib Desert offers so many dramatic landscapes and even jagged mountain heights.

You will be able to see some pretty breathtaking dunes that are over 750 feet high. You will surely learn that the desert is known as The Living Desert, with dunes being the habitat of lizards, spiders, beetles, golden moles and so many other creatures. You can easily see Burchell’s zebras, ostrich, kudus, giraffes, oryx and springboks. The predatory animals you will see on the safari include spotted hyenas, leopards and black backed jackals.

Swakopmund is a really attractive small town that is located near the sea in the western coast of Namibia. It has strong German flavoring from picturesque buildings to cobbled streets and German pubs. You will love to come here on your Namibian safari as it is a perfect spot for foreigners and locals, with so many interesting options to relax. You even have access to adventure sport and you will love the fact that you can wash away the sand and enjoy some beer.

Damaraland is a breathtaking mountainous sregion that is right on the east side of Skeleton Coast national Park. It is also southwest of Etosha National park. There are many interesting options that are available for you, including the possibility of seeing lions, ekes, zebras, rhinos and elephants. Compare that with the almost barren landscape and you will see why this is a location you have to consider. Keep in mind that once in the region, you need to visit Brandberg, which is the highest mountain in Namibia, one famous as it was the home of various rock paintings.

The Skeleton Coast is one option that you will need to consider if planning a safari to Namibia. There are not many attractions around the world like it. You can find it located on the western coastline and is named like this because there are many ships that ended up sinking in the last hundreds of years.

You will be able to see many wrecked ships remains that are usually surrounded by various swirling mists. This creates dramatic and moody visuals. Skeleton Coast stands out as a being the home to a great seal colony and it is a large breeding colony for Cape fur seals.

You will want to include the country’s capital in your safari. It is really orderly and neat. It was German territory for a long time. Many tourists travel here and German presence is usually strongly felt in restaurants, food and beer.

Further Reading:  Things To See Around Lake Victoria In Kenya