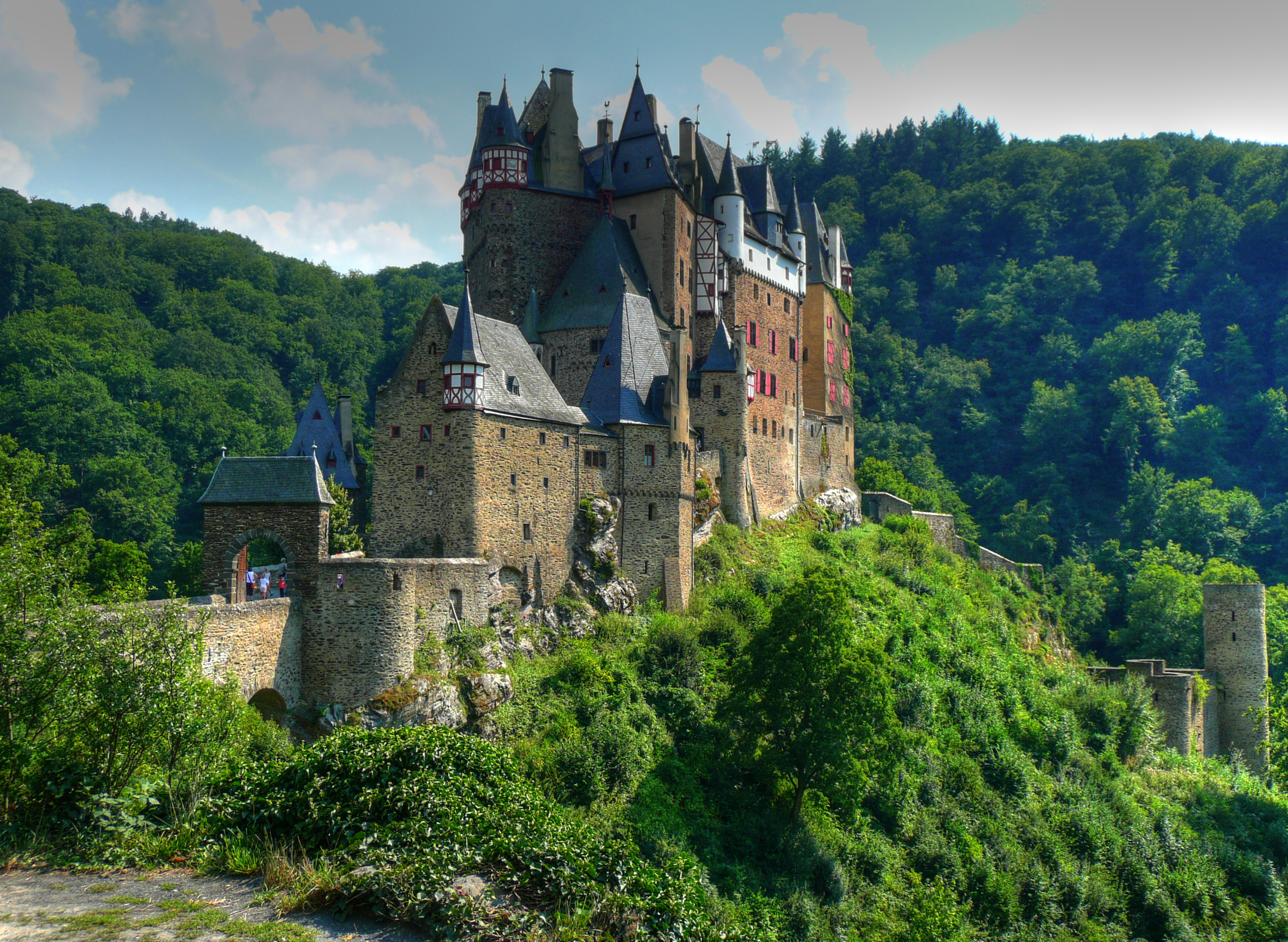 Germany has a series of tourist attraction worth taking into consideration when you plan a vacation. There are over 25.000 castles which you can visit. 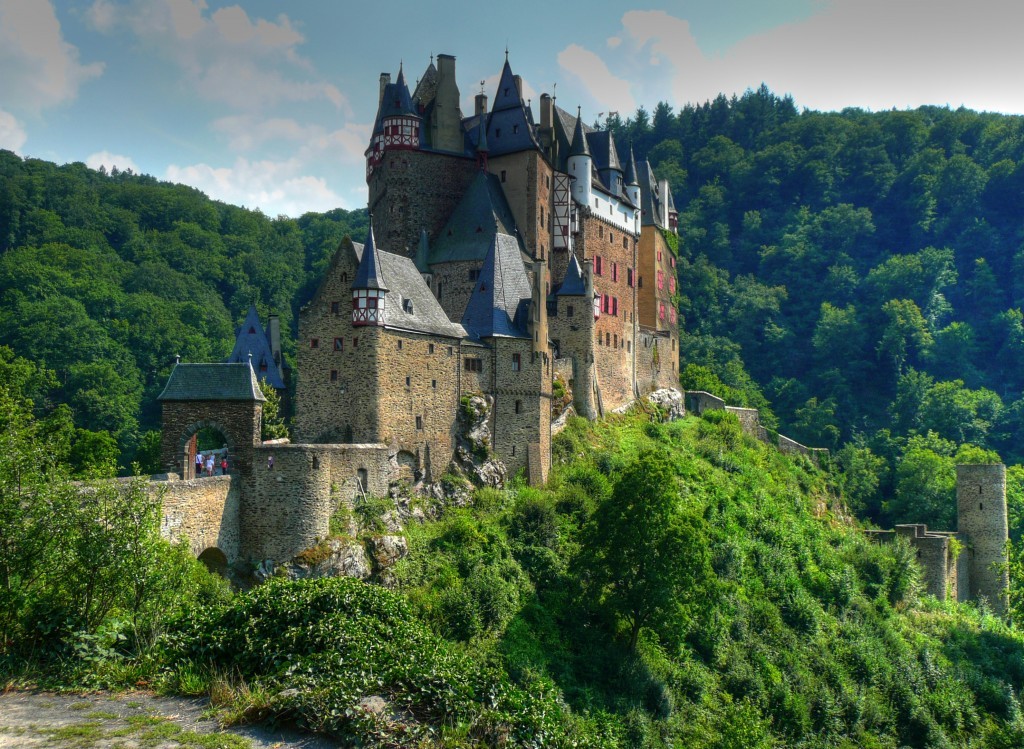 If your journey makes a stop in the west of Germany, more exactly Rheinland-Pfalz, I recommend you to visit Burg Eltz, a medieval splendid castle, built in a hilly region with ancient forests. It is not known accurately the year when was built the foundation of the castle, but it surely happened in the first half of 12th century. Burg Eltz became popular, because it wasn’t destroyed during the centuries in the many battles that took place in that area, but also because only one big family owned it this entire time, since 1268. Not less than 33 generations of the family lived here in nine centuries.

The main attraction is represented by the exterior of the castle. Its architecture has a romantic and baroque style, with many small towers of different heights. The interior offers the visitors a pleasant journey in time and the chance to see how was life in the middle Ages. 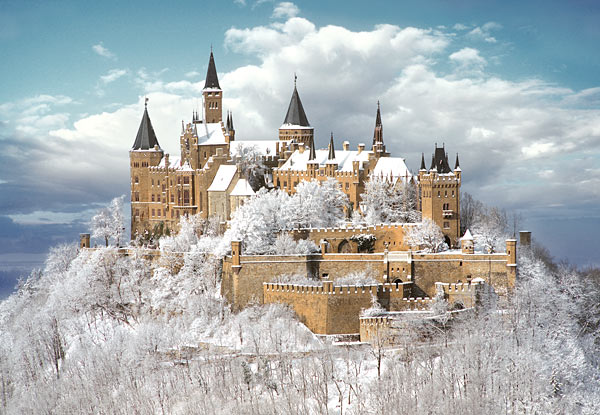 The beginnings of Hohenzollern family are full of legends. In our days, when the fog surrounds the castle, the stories seem like a series of events that happened not so long ago.

Hohenzollern Castle represents a tourist attraction, being one of the most visited castles in Germany. It has all the advantages: it’s the residence of one of the biggest dynasty from Europe and it has been restored after the plans of a medieval fortress. It also houses an impressive regal collection that pleases the eyes of the tourists. The members of Hohenzollern family brought many personal objects, paintings, sculptures, weapons and armors, clothes and furniture, and even some pieces of the regal treasury: jewelries, the regal crown created for Wilhelm II. 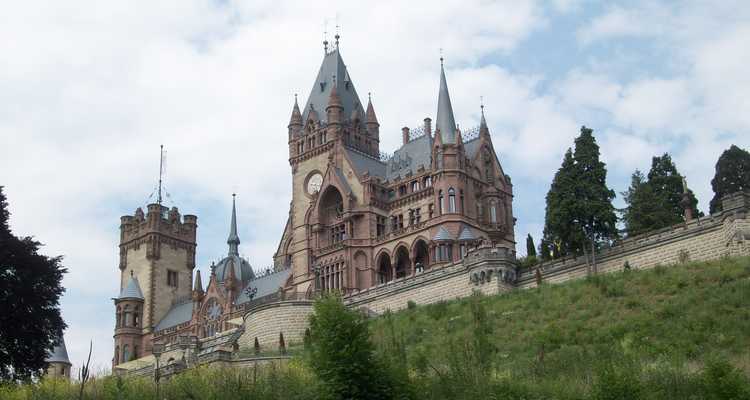 Drachenburg Castle(Schloss Drachenburg) is a romantic building surrounded by wonderful nature. Drachenburg seems to be the perfect picture of a fairytale. The palace is situated in the beautiful forests of Siebengebirge Mountains. One of the best attractions of the Westfalia region, Drachenburg Palace sees thousands of tourists every year. The castle has been severely damaged during the World War II. After 1960, it collapsed because it was neglected. Pavel Spinat bought the castle and opened it for the public. Drachenburg has many windows and towers. Despite the medieval architecture, the castle is actually a modern building of the nineteenth century. 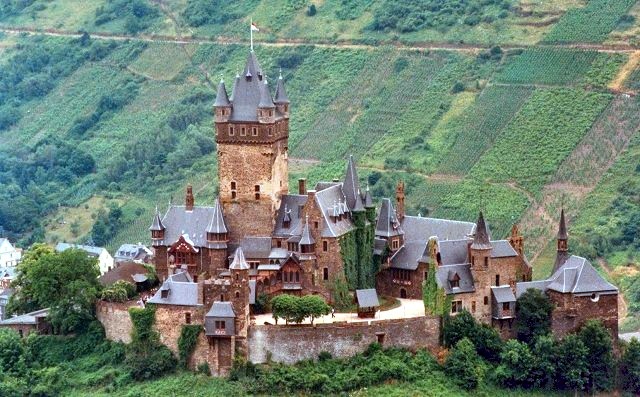 Reichsburg Cochem is situated on the Moselle River, next to Kolnul and Frankfurt. It was built in the 10th century, mentioned for the first time in a document from 1051. In 1151, king Konrad III occupied the castle and in 1868 a business man from Berlin bought the castle and started to rebuild it in the Gothic style that corresponded to the ideal romantic trends from the 19th century. Today, the castle is well equipped with baroque and renaissance furniture. Since 1978, the Castle is owned by the Cochem town.