Whenever we think about cathedrals, especially gothic cathedrals, the first country we need to mention is France. Some of the most spectacular cathedrals in the entire world can be found in the country. Spires go as high as you can see and the decorations are simply incredible, with colorful stained glass, magnificent sculptures and a lot more.

Historically, cathedrals were where bishops had their seat. They were incredibly important for the Anglican, Roman Catholic, Lutheran and Orthodox churches. This is why they were usually built to be impressive. French cathedrals, because of all the religions being present at one point or another, are enormous, true architecture masterpieces. Every single one from the list below is a sight to remember.

The first thing that comes to mind when thinking about Notre Dame is the fact that it is famous. This is why we tend to think that it will not be as great as people say. It is incredibly hard to find any tourist or local that would tell you Notre Dame De Paris is not incredible. This is the most famous cathedral in France, a true architecture statement.

This cathedral was showcased in numerous movies and books. It was built in the twelfth century and is renowned for its gargoyles guarding the exterior.

This cathedral is located quite close to the place where Champagne was first brewed. Also, this is where Clovis was baptized (it happened in the fifth century). Obviously, there was no cathedral present then. What you see now appeared in the thirteenth century. It instantly caught attention because of the façade, which was eventually repaired and renovated in the nineteenth century. Right in the front you can see 3 portals that feature so many lovely statues, all with the trademark giant rose-window framed located in its central arch.

Further Reading:  The 4 Most Stunning Churches In Paris

Poitiers’ Saint-Pierre Cathedral combines Romanesque and Gothic styles. They are similar to the really large French cathedrals, being built right over a consecrated Roman basilica. If you visit you surely notice the really high vaulted ceilings, which is a true flagship of the cathedral. This brings in much more light than what you would expect. 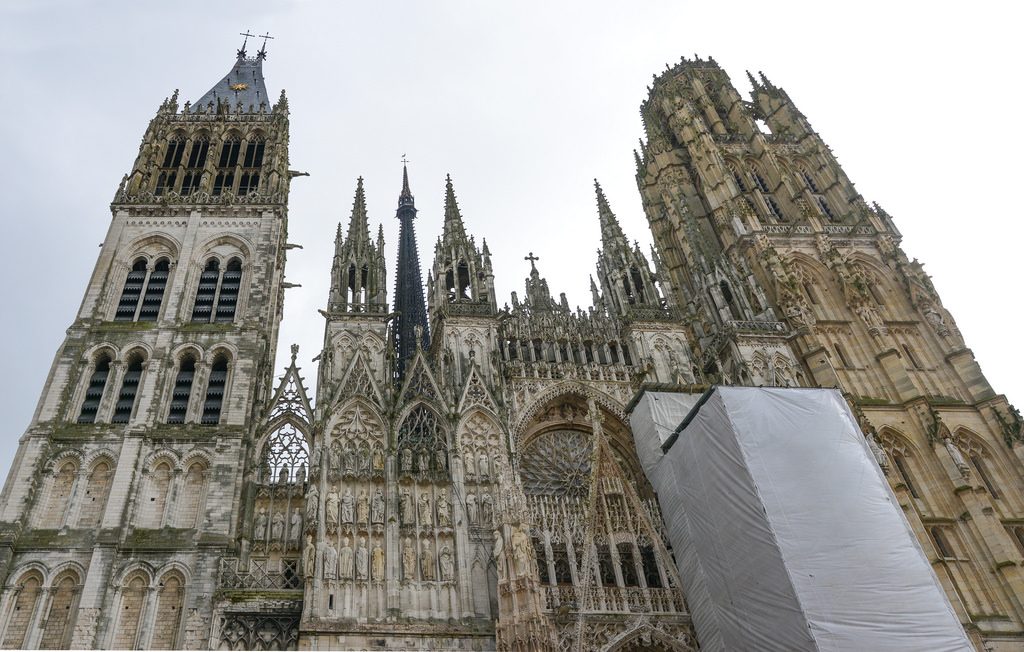 This city is often referred to as “City of a Hundred Spires” because of the many churches that are built there. The highest France spire towers over all of them, the lovely Cathedral Notre-Dame de Rouen. Claude Monet immortalized the cathedral thanks to some of the paintings he did.

Rouen Cathedral was built in the year 1063, although it was almost completely destroyed by a fire. Just one spire remained intact. What you visit now was built during the thirteenth century. If you decide to visit, do so during Sundays and attend mass. You want to hear the echo inside this cathedral. Maybe this is why Monet was so impressed.

This is another Gothic cathedral that caught the attention of artists. Paul Claudel, famous French playwright and poet, referred to the Strasbourg Cathedral as “pinky-red angel hovering over the city”. Goethe also praised the numerous details present in the architecture of the cathedral.

Strasbourg Cathedral only features a single spire. However, it was the tallest one in the world for 400 years. Nowadays, the cathedral is renowned for the stained glass windows. They offer a really colorful hue that is unique and that makes the atmosphere special when you are inside.

Further Reading:  Best Churches You Want To Visit In Ireland

Tourists are naturally drawn by the Loire castles located close to the Bourges St-Etienne Cathedral but if you do not visit this cathedral, you miss out on a lot. It is quite a great example of really early Gothic architecture. It features some unique architectural elements so it was declared as being an UNESCO World Heritage Site. While most churches have transepts forming the popular cross shape, this cathedral does not have them. Instead, flying buttresses and thick walls support long nave weight. 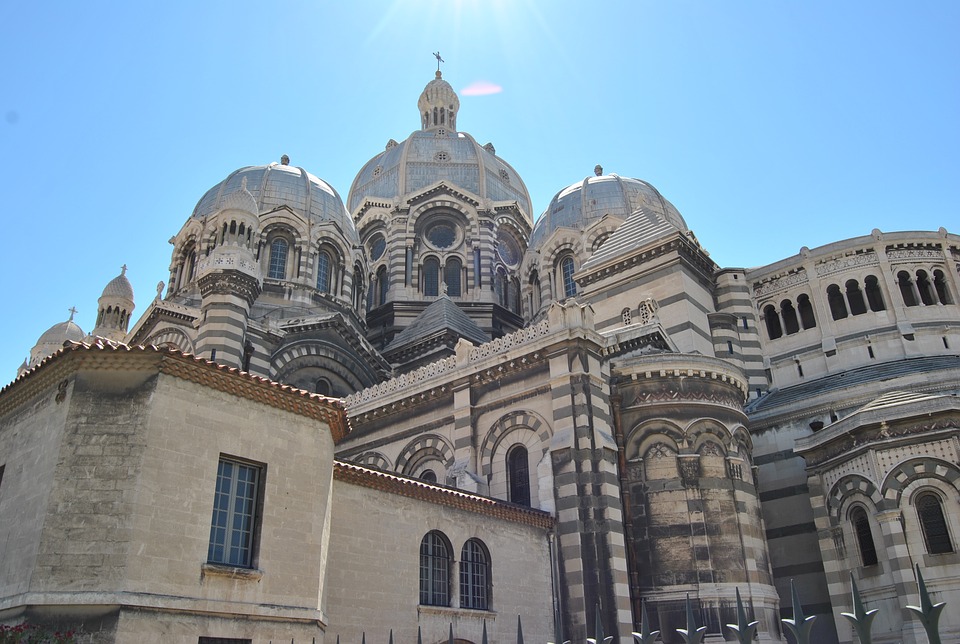 This is a rather different cathedral in France because it does not showcase Renaissance and Gothic architecture. It is not even that old. The Marseille Cathedral was actually built during the nineteenth century and it features the Byzantine-Roman style, all at a real enormous scale, of course. Right now, this is a national monument, which shows that even if it is newer, it is still incredibly beautiful and should be seen. 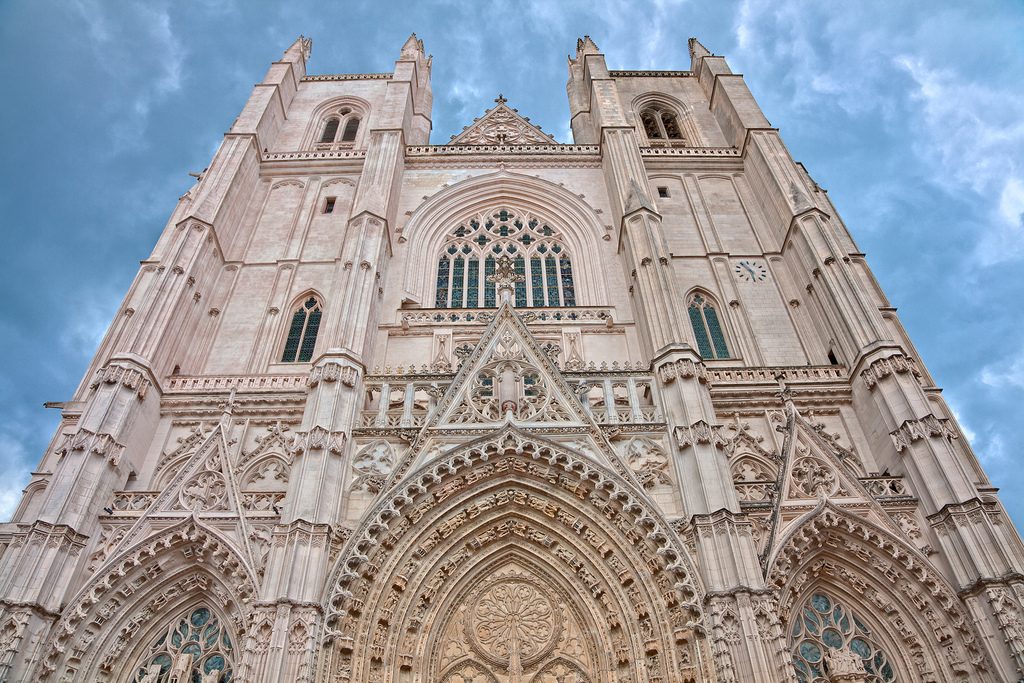 One thing that makes the Nantes Cathedral unique in France is that it has an interesting history. This cathedral started being built in the year 1434 but construction only finished in the nineteenth century. Even so, the architecture is really harmonious. You can see 2 square towers that dominate the cathedral’s façade and offer a really austere look. When you go inside you are stunned by the really airy interior. It is enough to say that ceilings are 120 feet high. This is more than the popular Notre Dame De Paris Cathedral. If you visit, consider the crypt as it features many notable historic figures, like Francois II. 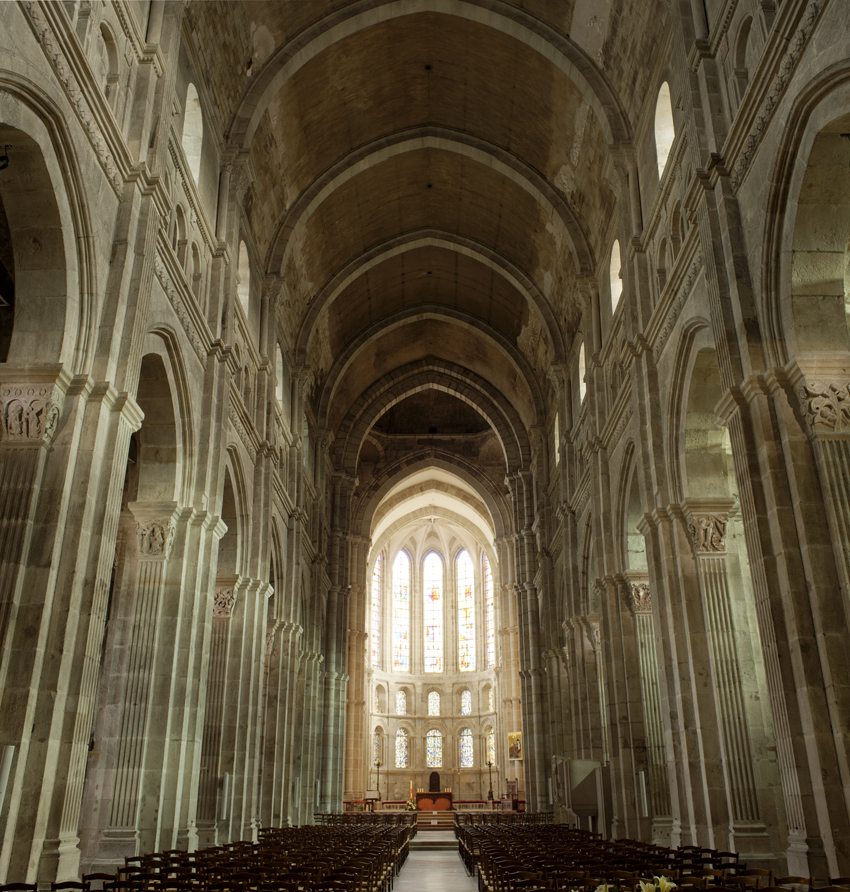 Autun’s Cathedral Saint-Lazare is a really important French Romanesque church. There are different later additions made that do show off different Gothic elements but what is particularly impressive is the Romanesque sculptures placed on the outside. This site was a really important pilgrimage destination for hundreds of years due to the presence of Lazarus’ relics. In Roman Catholicism Lazarus is Mary Magdalene’s brother.

What Is The French Cathedral You Like The Most?

The recommendations above are just some of the numerous incredible French cathedrals that tourists from all around the world want to see. Obviously, you might like others more than those that we recommended. The only one that is always included on the lists of the best cathedrals or even churches in France is Notre Dame de Paris. Everything else seems to be subjective. What do you think is the best, the most beautiful or simply your preferred cathedral in France?